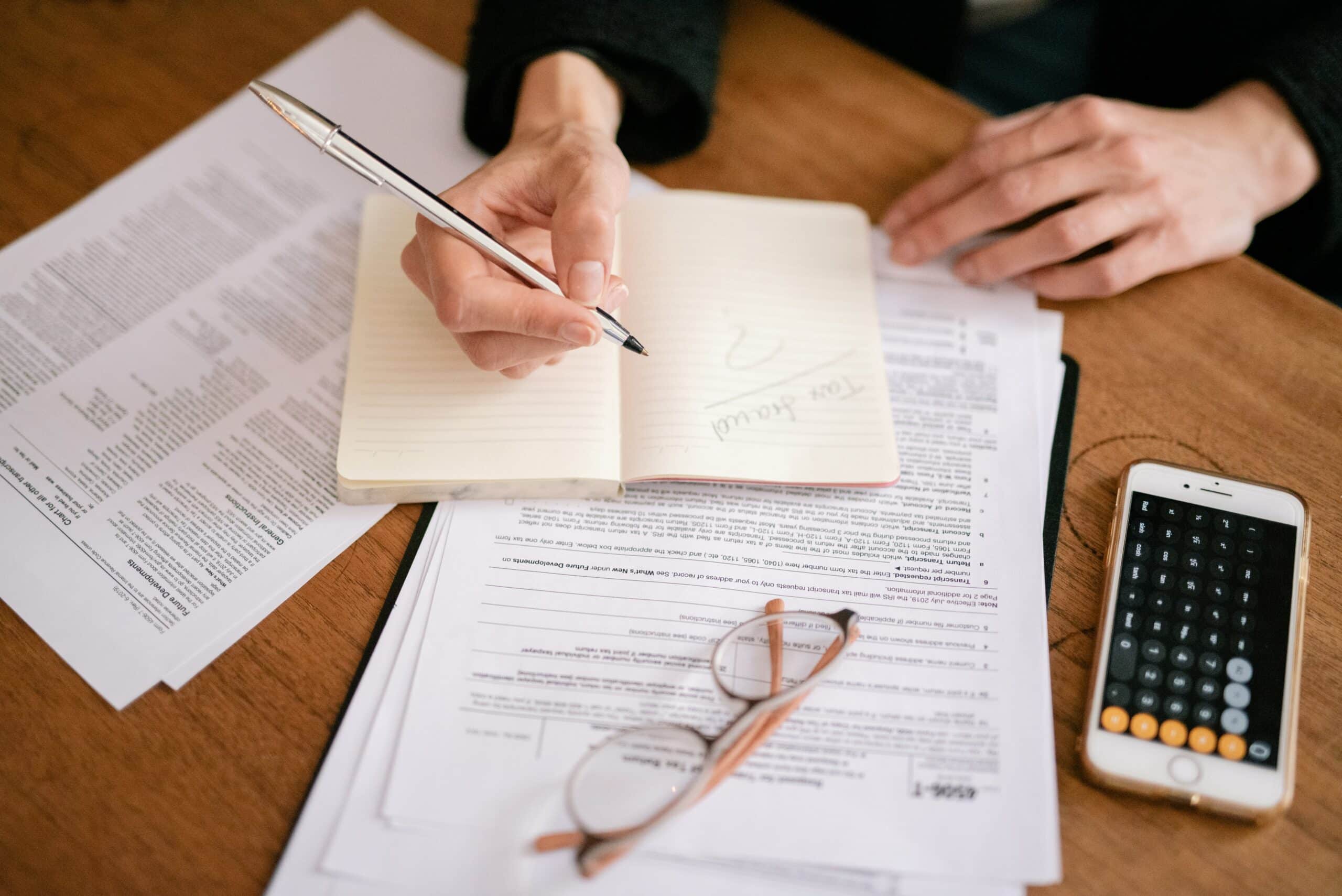 A person who is deprived of their British citizenship under section 40 of the British Nationality Act 1981 (‘the Act’) has a statutory right of appeal to the First Tier Tribunal under section 40A(1). However, section 40A(2) provides that this does not apply where the Secretary of State of the Home Department (‘SSHD’) has made the deprivation decision relying on information which, in the interest of the public, it is decided should be kept secret. In many deprivation of British citizenship cases, the individual may appeal to the Special Immigration Appeals Commission (‘SIAC’) under section 2B of the SIAC Act 1997.

In Ciceri (deprivation of citizenship appeals: principles) [2021] UKUT 238 (IAC), the Appellant appealed to the Upper Tribunal under section 40A(1) against the decision to deprive him of his British citizenship on the basis of ‘fraud, false representation, or concealment of a material fact’ pursuant to section 40(3) of the Act.

In coming to their decision to dismiss the Appellant’s appeal, the Upper Tribunal applied the recent guidance given in R (Begum) v Special Immigration Appeals Commission [2021] UKSC 7 and found delay on the part of the Appellant (which was dissimilar to the facts in Laci v SSHD [2021] EWCA Civ 769) was adverse to his appeal.

The Upper Tribunal further held, any delay in the part of the SSHD did not have the effect of diminishing the SSHD’s reliance upon the public interest; or in increasing the weight to be given to the Appellant’s case, such as, in either event, to entitle the Appellant to succeed under Article 8.

The principles to be applied

(1) The Tribunal must first establish whether the relevant condition precedent specified in section 40(2) or (3) of the British Nationality Act 1981 exists for the exercise of the discretion whether to deprive the appellant of British citizenship. In a section 40(3) case, this requires the Tribunal to establish whether citizenship was obtained by one or more of the means specified in that subsection. In answering the condition precedent question, the Tribunal must adopt the approach set out in paragraph 71 of the judgment in Begum, which is to consider whether the Secretary of State has made findings of fact which are unsupported by any evidence or are based on a view of the evidence that could not reasonably be held.

(2) If the relevant condition precedent is established, the Tribunal must determine whether the rights of the appellant or any other relevant person under the ECHR are engaged (usually ECHR Article 8). If they are, the Tribunal must decide for itself whether depriving the appellant of British citizenship would constitute a violation of those rights, contrary to the obligation under section 6 of the Human Rights Act 1998 not to act in a way that is incompatible with the ECHR.

(a) the Tribunal must determine the reasonably foreseeable consequences of deprivation; but it will not be necessary or appropriate for the Tribunal (at least in the usual case) to conduct a proleptic assessment of the likelihood of the appellant being lawfully removed from the United Kingdom; and

(b) any relevant assessment of proportionality is for the Tribunal to make, on the evidence before it (which may not be the same as the evidence considered by the Secretary of State).

(4) In determining proportionality, the Tribunal must pay due regard to the inherent weight that will normally lie on the Secretary of State’s side of the scales in the Article 8 balancing exercise, given the importance of maintaining the integrity of British nationality law in the face of attempts by individuals to subvert it by fraudulent conduct.

(5) Any delay by the Secretary of State in making a decision under section 40(2) or (3) may be relevant to the question of whether that decision constitutes a disproportionate interference with Article 8, applying the judgment of Lord Bingham in EB (Kosovo) v Secretary of State for the Home Department [2009] AC 1159. Any period during which the Secretary of State was adopting the (mistaken) stance that the grant of citizenship to the appellant was a nullity will, however, not normally be relevant in assessing the effects of delay by reference to the second and third of Lord Bingham’s points in paragraphs 13 to 16 of EB (Kosovo).

(6) If deprivation would not amount to a breach of section 6 of the 1998 Act, the Tribunal may allow the appeal only if it concludes that the Secretary of State has acted in a way in which no reasonable Secretary of State could have acted; has taken into account some irrelevant matter; has disregarded something which should have been given weight; has been guilty of some procedural impropriety; or has not complied with section 40(4) (which prevents the Secretary of State from making an order to deprive if she is satisfied that the order would make a person stateless).

(7) In reaching its conclusions under (6) above, the Tribunal must have regard to the nature of the discretionary power in section 40(2) or (3) and the Secretary of State’s responsibility for deciding whether deprivation of citizenship is conducive to the public good.

The decision in Begum reinforced the fact that deprivation under section 40(2) or (3) was a discretionary decision that vested with the SSHD. It also highlighted that it is for the Tribunal to assess whether any rights under ECHR are engaged and ask themselves whether deprivation would constitute a violation of those rights.

Irrespective of whether Article rights are engaged, the Tribunal must also determine whether SSHD’s discretion under section 40(2) or (3) to deprive the individual of his or her British citizenship was exercised correctly. As Lord Reed observed in Begum, the correct approach was not to undertake a “balancing” exercise in which one set of scales would normally carry an inherent weight, but to approach it on Wednesbury principles: whether the SSHD has acted, in a way in which no reasonable SSHD could have acted.

Consequently, the Tribunal is bound to apply the same level of weight that the SSHD would have applied under section 40(2) or (3) of the Act when balancing the importance to maintaining the public interest and the Appellant’s Convention rights.

Adopting the principles to Ciceri (deprivation of British citizenship cases)

The Appellant was an Albanian national who arrived in the United Kingdom in 1996 and claimed asylum as a Kosovan national. In 1999 he was granted refugee status and in 2003, he became a British citizen under his Kosovan identity.

In 2013, the SSHD issued a nullity decision on the basis the Appellant had falsified elements of his identity when applying for British citizenship. Following the case of Hysaj and Others v Secretary of State for the Home Department [2017] UKSC 82; [2018] Imm Ar 699, the Respondent  advised the Appellant that they were considering depriving him of his British citizenship instead.

In response, the Appellant advanced the fact the SSHD had relied on their nullity decision in 2013, and therefore had failed to act on the Appellant’s fraud for almost eight years after first being put on notice of it in 2005, as a result of the entry clearance application of the Appellant’s wife. The Appellant submitted this delay reduced the public interest in deprivation (as held in EB (Kosovo)) and when considering the decision to deprive, disproportionately interfered with his Article 8’s rights (as held in Laci).

The Tribunal rejected the Appellant’s position and found the delay caused by the SSHD’s mistaken approach to nullity was not relevant in the proportionality assessment and in balancing the ‘integrity of the British nationality law in the face of attempts by individuals to subvert it by fraudulent conduct’ (paragraph 18 in Ciceri), there was no increasing weight to be given to the Appellant’s case that would entitle him to succeed under Article 8. Accordingly, the tribunal dismissed the appeal and found the First Tier Tribunal’s decision contained no error in law.

Things to consider after Ciceri

Despite the Upper Tribunal’s attempt to simplify the principles in deprivation proceedings, it is clear from the decision in Ciceri that in adopting the same approach to cases concerning national security to those concerning fraud, the tribunal has allowed themselves to have a very limited role, save for when human rights are involved.

In adopting a narrow interpretation of the principles following Begum, the Tribunal will inevitably make it more difficult for individuals to win on appeal under section 40A(1). This restrictive approach is problematic and allows for a potential rise in individuals being rendered ‘stateless’, which is inconsistent with Convention rights and international law on human rights.

Lastly, despite the First Tier Tribunal and the SIAC being subject to similar provisions (section 40A of the Act and section 2B of the SIAC Act 1997 and), it does not mean the Tribunal was correct in adopting the same principles to their legal decision-making in an appeal pursuant to section 40(3). To suggest there is no distinction between these provisions is incorrect, and is likely to cause procedural uncertainty and have negative implications on individuals’ deprivation of citizenship appeals.